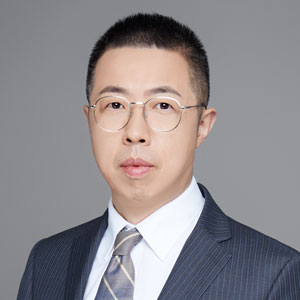 Dr. Charlie Jing graduated from Nanjing University in 1991 majoring in International Business Management and received his Ph.D. in Economics from the University of Colorado in 1996.

From 2007 to 2009, Dr. Jing was recruited by Apollo Asset Management Firm to serve as the China President and CEO of CEVA Logistics, focusing on the completion of post-merger integration and acceleration of China business growth.

From 2009 to 2012, Dr. Jing served as the Group Director of Global Strategic Projects for Bekaert NV, working among the Belgium headquarters, China and Japan.

Between 2012 and 2017, Dr. Jing joined the Commercial Aircraft Corporation of China as part of the “Shanghai Thousand Experts Program” focusing on international supply chain management supporting the development of ARJ21 and C919 aircraft programs.

In 2018, Dr. Jing joined the Nexans Group as the President and CEO of its China division, focusing on the management of all of its business segments in the China market.

Currently Dr. Jing serves as the CEO of Aerofugia Technology Company affiliated with General Technology Group. He is also a Director of Research Center for Enterprise Development.