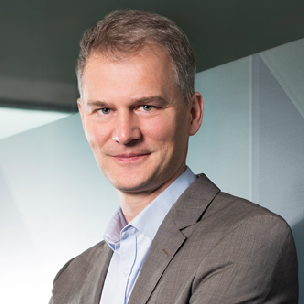 Sebastien Codeville is CEO of KaiOS Technologies, the company behind an ecosystem of affordable digital products and services empowering people around the world through technology. In 2016, Sebastien led the company in the development and delivery of their flagship product, KaiOS, a leading mobile operating system. Kai’s mission is to open up new possibilities for individuals, organizations, and society by bringing mobile connectivity to the billions of people without internet. Devices running on the platform require limited memory, while still offering a rich user experience through access to apps like Google Assistant, WhatsApp, YouTube, Facebook, and Google Maps.

Sebastien is a founding member of KaiOS Technologies, bringing more than 20 years of experience in telecommunications and technology to the company. Under Sebastien’s leadership, KaiOS is experiencing explosive growth, with more than 140 million devices shipped in over 100 countries. Through partnerships with AT&T, Bullitt, China Mobile, Doro, HMD, MTN, Orange, Sprint, Vodacom, T-Mobile, and Transsion, KaiOS-powered devices have been shipped around the world to the U.S., Canada, Latin America, Europe, Africa, and Asia. The company has also rapidly expanded globally from 50 to more than 300 people within three years’ time.

As CEO, Sebastien’s responsibilities include corporate direction, developing new business partnerships to accelerate global deployment, and attracting key talent to the organization. He oversees KaiOS Technologies’ seven offices around the world, including the U.S., China, India, and France to facilitate the expansion. Under his leadership, the company is ranked at #11 on Fast Company’s Top 50 Most Innovative Companies list, as well as #1 in the Consumer Electronics category. It is also the proud winner of GSMA’s GLOMO Awards 2020 in the category of Best Mobile Technology Breakthrough. Last year the company was ranked among TIME’s Best Inventions in the Social Good category for 2019 and has won several other awards, including the “Changing Lives Award” at AfricaCom 2019.

Prior to his role as CEO at KaiOS Technologies, Sebastien had an impressive track record in the telecom industry as vice president, Products and Programs for North America, at TCT Mobile Inc., where he grew the U.S. business from US$30 million in 2010 to US$1 billion in 2016, with 15 million phones sold. In his role, Sebastien spearheaded the product portfolio selection, pricing, and product definition, as well as supervision of a product team operating in China. Earlier in his career, he held management positions at TCL Communications, Philips Semiconductors, and Alcatel Mobile.